The Land of the free and home of the fine print.  In this case, the fine print is the fabric and tumultuous history of stolen soil. On the very thin surface, America gives the illusion of an inclusive melting pot where dreams come true. The rhetoric of most patriotic “sunken” people only exist because of their privilege. Race, class and legal tender is, to its core, the only thing that this country is backed by.

America’s population consists of approximately 325,771,144. I’m almost certain you didn’t read that entire number and It doesn’t even matter. Because of this staggering amount of people, 80-90% are drifting in a airy-sea of nothingness. Just like the sunken place. And those that are not, are doing the hypnotizing. Americans are habitually distracted by media agendas, religion, entertainment, sports, the latest celebrity tea and social media. This keeps the mind in a perpetual loop of beguilement, making it almost impossible to be an individual person with an independent mind.

Even down to political views. The only reason why people in America are Republican or Democrats is directly contributed to the idea that these are the only options. On a deeper level, each party has whole-heartedly hypnotized large groups of people to believe that they operate from the best interests of “the people”. (*circulates silver spoon in a red, white and blue tea cup*)

America has a crafty way of labeling any personal independence or resistance to their narrative of control as “unpatriotic”, crazy or illegal. I think we all can agree that just because it’s legal, doesn’t make it moral. Sitting in front of a television for hours, constantly updating your social media or even following the commander in chief’s tweets are all mechanisms to facilitate mental decay. The less you are thinking critically or logically, the more manipulative ‘the powers that be’ become. The more education you obtain, the more laws develop to counter intellectual advancement. There are key words, racial experiences and financial debt that queue Americans to “sink”. As long as you are repetitively on the hamster wheel of bills, work, traffic, fear, family, friends etc, you will not have mental space to wake up from the societal daze. 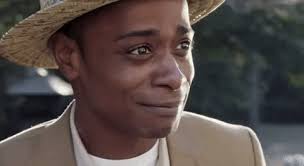 More specifically, black people are possibly in the deepest, darkest corners of the sunken place. America loves our culture, our skin tone, our anatomy, our lingo, our music, or athleticism, our humor and our forgiveness. They love it more when they can appropriate and adopt our likeness but could not fathom our experience. Primarily because they don’t want or have to. From the time my ancestors were shoved on a foreign land and hypnotized to extract all identity of self or self worth, the spoon began to graze the tea cup. We are the only group of people who have to live amongst our oppressors and are persuaded to take our pain peacefully and in silence. Any opposition that African Americans impose to injustice, the legal system, education or economic inequality is labeled as defiant and problematic. Personally, I’d prefer to be problematic than a mental zombie having my body/mind extorted and controlled by the American agenda. But the hypnosis has been so deep rooted in a large percentage of the black community for centuries that most are blinded to it.

To keep it funky, black people’s idea of success or wealth is manufactured from the white man’s concept of success and wealth. (*detaches top of the scull to swap brains*) The house in the suburbs, financial status, prestigious PWI’s, fancy cars and even the resources that white people have are mostly contributed to the labor and blood shed of African Americans. And in turn, blacks are sat down in a chair across from white America and are mentally infiltrated or better yet indoctrinated as to what “success” is. And that is determined by how closely we can imitate them. When white people are anywhere in the vicinity of black people, we speak clearer, fix our posture, in other words, be less black or less threatening. A survival technique if you will. The concept of inferiority that’s inflicted upon black people stands true even today. In most rural, urban or destitute communities, the only time that African Americans interact with white (or other) people are when they are in a position of power or status. For example, police officers, lawyers, judges, doctors, store owners and community leaders. This depiction gives the illusion that white is synonymous with authority and superiority.

Slowly but surely, I am however witnessing many individuals stuff their ears with cotton and float to the opening of consciousness. We just don’t have a TSA friend to save us. So break the tea cup, bury the spoon and shake off the hypnosis if you have any plans to be independent in thought. I say all this to say…..GET. TF. OUT!!!

There was an error retrieving images from Instagram. An attempt will be remade in a few minutes.